When I woke up it was late at night. I saw chard staring at me, with the worried and are you ok look.

Well am not ok he sure does know that, I simply ignored him went into my closet got my nighties and went to bath. When I came out , chard was playing game he gave me the second game pad .
Then he switched from soccer to justice league , I killed him several time I was Hailey Quinn and he was joker .

I won the game and just feeling the feeling of wining cheered me up though .

I had gotten tired of playing game then I remembered I had not eaten anything since my dad and his Mistress wahala.

I got the chocolate and other things chard kept for me and started munching though the thought of my dad betrayal still hurts me I can’t believe he could do that, well that’s what you get for been the only daughter and only child .

He obviously is excited he’s having another child and it a male child.
“Tessa”
“Tessa”
“yes” I answered

How could he do this to me , I mean us ? Am I not enough? what about mum ? Does he not love her anymore?

I feel like it all my fault, I should have been a better daughter.

I mean I did everything he wanted, I obeyed him.
He practically rules my life. I had to let go of my dreams because I didn’t want to disobey him or be a rebel.

I know that misbehaved sometimes but it doesn’t give him the right to hurt me this way.
I had always look up to my dad as man of discipline and integrity.

I didn’t know I was crying till I Chard used his hands to wipe off the tears from my face.
He pulled me into his arms and hugged me tightly while patting my back .

“Don’t worry everything will be okay” he consoled me.

” I wish this was a dream ” I said
” I know but it not you need to be strong in order to face them”. He said

“So go to sleep you need alot of strength for tomorrow”

“Why? Anything happening tomorrow?” I was curious to know.

“No you just need all the strength you could get plus it a surprise” he replied.

“Goodnight”
He switched off the lights and went to his own room which was opposite mine.

I couldn’t sleep but somehow I slept off. 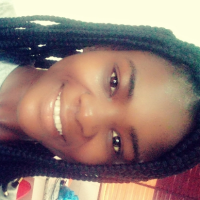 Goodness Ubi
This is one of our top story writers.
http://abfictionstories.com
goodnespeace651@gmail.com

One thought on “Twisted Bliss chapter 4”