PREVIOUSLY ON LOVE IMPULSION
Old jamz played from my car’s radio and I sang along till I got home. I pulled into my home, took my bag and got out. I quickly fetched my mails and got inside. I took off my jacket and slumped on my couch. I checked the mails one after the other but none caught my interest except one. I opened it and you won’t believe who sent it…..
The Almighty Xavier Carl, CEO of Ahvier Media House. What the hell does he wants. So many reasons why he sent me a letter crossed my mind and most of them where negative. I decided to prolong my meeting with the devil in form of a letter and dropped it on my kitchen counter.
With a heavy mind, tired body and drenched spirit, I walked into my bedroom. I slowly pulled my jacket, unbuttoned my white shirt, took off my trousers and added it to the already pilled up dirty clothes in the corner of my bathroom. I stepped under the shower and let the extremely cold water wash my tiredness away. Soon, the warm water started flowing down my skin. For complete five minutes I stood under the shower while the whole event of today washed through me. With the enthusiasm I went out with today, I thought I was going to get that job. After some time I started scrubbing my skin to to see if I could wash away the frustration I was feeling. How the hell do I even start to explain how I mistakenly insulted my boss and then rejected a job of being his assistant just because I wanted to do what I’m passionate about which is broadcasting.
After a while I stepped out of the tub and dried my self with my towel before proceeding to blow dry my hair. After which I absentmindedly walked to my room with the aim of sleeping. I layed on the bed for a while before I discovered that my phone wasn’t in the bedroom. I walked into the sitting room to discover that I left everything I bought from the mall on the floor. I quickly took them to the kitchen. I took out two large chocolate bars and put them on a plate and kept the remains for a future purpose. I sat on my kitchen counter and starred at the my chocolate and my eyes went to the letter. With my eyes running between them, I thought of the one to attack first. I decided to go with the former.
I finished the first bar of chocolate before deciding to touch the letter. Don’t blame me babe, chocolate 🍫 is the love of my life. Anytime I feel angry or lonely, my chocolate is always there to lighten up my mood and right now it has given me the courage to open the letter.
With the negativity tossed behind, I opened the letter and it read thus:
Miss Moore, you’re to resume at Ahvier as the personal assistant to the CEO of Ahvier Media House with effect from tomorrow. Failure to do this will attract consequences. Remember, the boss gets what he wants…
For more information call….. 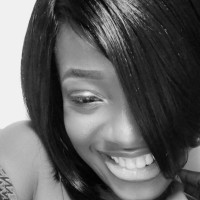 Winner Godwin
This is one of our top story writers.
http://abfictionstories.com
perrygodwin439@gmail.com